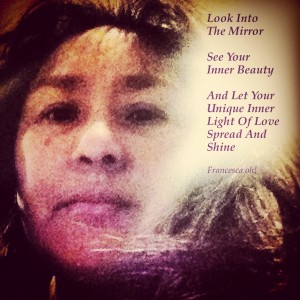 I was talking to my friend Nancy the other day and I said,

“You know….. it is time for me to come clean and share my deep dark secret…….”

It was about 10 years ago when I discovered “My deep dark secret.”

I was totally surprised and caught off guard that I cried uncontrollably.

It started with two chairs facing each other,  one reader and me, at Physic Horizons in San Francisco. I was a physic reading student and we were doing trades as part of our training.  I sat in front of my reader and  asked the question

“What is holding me back? What is my fear?”

The picture the reader drew was….. ..

I was floored, the reader had drawn out my deepest darkest secret. One that I thought no one would ever know.  One that I felt I could never tell. One that I was too scared to share.

This secret was that I could create my own reality.

That reality was to have a wonderful and beautiful life.  I started creating this when I was small, I consciously did it all my life and now a someone had found me out.  The guilt flooded in and filled me with tears.  The memory of it still bring tears to my eyes.

Why was this such a fearful picture you ask?

Because I’m born a Filipina healer with a caregiver archetype, the 11th child out of 13.

When you are born from a large poor family, the odds are, not everyone will be lucky in life. I watched my loved ones experience mental illness, sexual abuse, substance abuse and more.

Even though I could create my own reality, I did not know how explain the “How to.” It hurt that I could not help them.  But what hurt most, was that  did not want to SHARE what I did know.  This is why I cried, because I did not know how to share, what I knew were my physic gifts, and the guilt was killing me.

Up until 2012 I’d been a closeted psychic.  My family more of less knew and my closest friends probably guessed. In case you were wondering, I don’t see dead people as a regular occurrence like the Long Island Physic, but I have had my encounters with spirits that have passed.

Early on, I knew I had physic pathways, the first hint was when I was little, I loved playing cards because I could always guess what someone had.  That got old fast with my siblings and I ended up playing solitaire. At seven came the lucid dreams that could be actively changed. The  common cold, could be thought away, because the goal was not to go to the doctors. Sleeping meditation became a practice, since night energies were so loud it made sleeping difficult. Prophetic dreams would show up occasionally, like what I would get wrong on a test and even though I tried, I could never change the outcome.

I even knew about 9/11  two weeks before the fateful day.  Woke up and from a being in a black space with lots of static voices, hearing an explosion, waking up saying to myself “There is a political suicide coming down the pipeline.”  On the morning of 9/11, I was woken up by the radio alarm going off.  The voice describing the plane crashing into the Twin Towers. At that moment I knew, this was the “Political Suicide.”

At some point, I could actively draw things into my space, such as being able to afford going to Parsons of New York and winning the fashion design award.

One of the stranger physic things I did, was giving myself a second degree burn while I was meditating.  I was practicing a meditation energy exercise, which is about running a particular frequency of energy around your system.  Well, I wanted to clear a knot at the back of my neck and I got a bit carried away, when the energy couldn’t get through the knot, it’s only way was up and out.  It started with feeling like a really nasty mosquito bite.  By the time I stopped, I had a burn the size of a quarter on the back of my neck.  I’m more careful about what I do now.

So now I have come clean and shared my deep dark secret, “That I create my own reality.”

Actually we all do.

Since that date 10 years ago, I’ve come to realize how I create my wonderful world.  It is simple, it is because I truley see my life that way.

First I image, I dream, I see, I feel how I want my life to be, I take the steps towards this image and the result is, life shows up that way.

One way of looking at it is that, I choose to see the beauty in everything.  Like James Mraz liked to sing

And oh you should own your name and stand up tall

And get real and see the beauty in ugly”

Now that I have shared my deep dark secret.

Do I have any takers in sharing?

Leave them in the comments below.

Wishing you a wonderful Life! 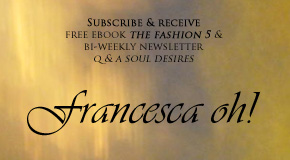