This blog post is in honor of my mother who passed away on March 29, 2014,  her 93rd birthday.  She is the reason I became a fashion designer.  She not only taught me how to sew, design and fit clothing, she also showed me how to see the inner beauty of life.  She gave me the freedom and the tools to figure out who I was with clothing.  Because of her, I learned how to love creating, love what I do, love myself, love my life, love my family and live and build the life of my dreams.  She is and was an amazing woman and I miss and love her dearly.  This is a short picture of her life as told by my son when he was 8 years old for his heritage project. 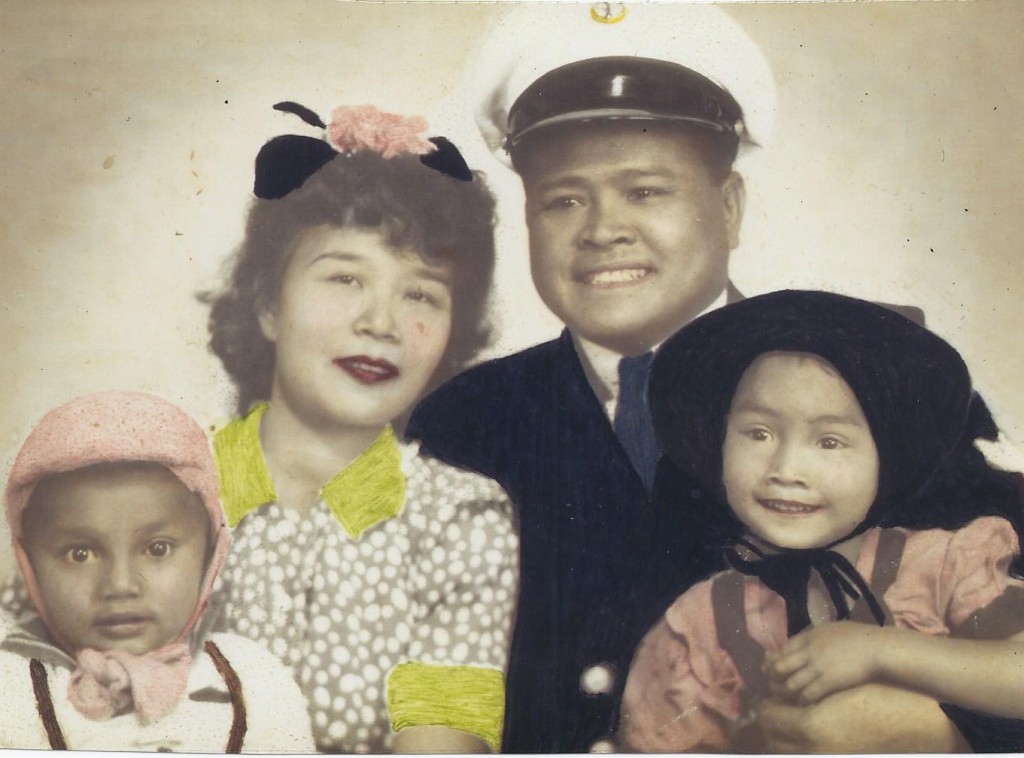 After Grandpa Jesus got married he sailed  on a US Navy ship because it was part of his job. When he came back in November, he told Grandma Segunda to go to her relatives house in Abuyug because he knew the Japanese were coming.  So Grandma Segunda went to Aunty Lola Pia’s farm.  Then Grandma Segunda had her baby Enriquita, who was born in June of 1941.  When Enriquita was 6 months old, Grandma Segunda stopped receiving money from Grandpa Jesus because the Philippines were at war with Japan.  Grandma Segunda was a seamstress and got money by selling her genuine dresses or trading them.  They were valuable  because dresses during the war were made out of rough fabric and her’s were very beautiful and soft.  She also rented out her wedding gown and Enriquita’s baptismal gown.  There were three types of money going around at this time.  One  type of money was Philippino pesos called genuine money, also Japanese money and emergency money which was guerrilla money.   Guerrillas were Philippino soldiers that fought in the jungle against the Japanese. 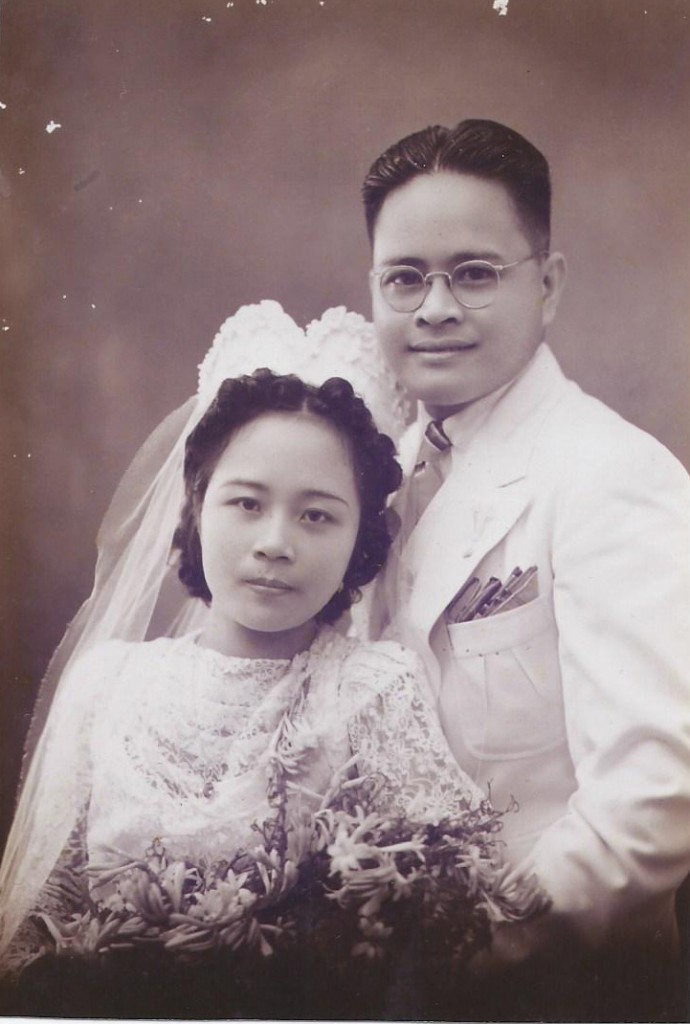 By 1942 the Japanese were controlling many of the small villages in Leyte.  So Grandma Segunda moved from relative’s house to relative’s house, because if the Japanese found her, they would have put her in jail or killed her because she is married to a US citizen.  Grandma Segunda carried  all her important papers in her belt.  When the Japanese were spotted,the guerrillas blew their horn called a bodiong, which is a large  shell and everyone in the village rushed outside to hide in the tall grass.  Once Grandma Segunda forgot Enriquita  in the house, so she had to go back inside and get her.

After, Grandma Segunda went to her brother’s house, who was named Monoming. Monoming’s wife Tranquilina already had two daughters, one was two and one was five and she was pregnant with twins.  She was supposed to have the twins in November but she had them in January.  When she had the twins Rudolfo and Romeo, she died 15 days later because it was war time and there were no midwives or doctors.

Soon Tranquilina parents came and took the girls.  Monoming joined the Philippino  Guerrillas and became a supply sergeant for the guerrillas. Now Grandma Segunda had three kids to take care of.

Grandma Segunda went to her dad’s house Prospero Bonife, who was an invalid.  Her second oldest brother Esibello had a wife and three children and he took care of their dad.  By April 1942 Grandma Segunda and Esibello had to  move into the jungle.  They loaded a water buffalo and tied a rope onto its back and it pulled a carimata  with Grandma Segunda’s  peddle sewing machine and anything else they could carry.   Esibello  took their dad up the hill on his back.

They couldn’t have meat because they could not have any animals, because animals make a lot of noise and they leave tracks, so the Japanese would find them.  They could not grow any food or harvest any food because the Japanese would know they were there.  In the jungle they found food like coconuts, bananas, roots, fish, wild potatoes, sugar cane, and wild vegetables called guli.  They also got food from the guerrillas because Grandma sewed clothes for the guerrillas and they would trade her for rice. Monoming would also give them some supplies to live on. They made fire by rubbing sticks together. They made oil for their lamps by burning coconuts and they made soap out of some kind of wood. Esibello made  sundung which is a machetes by burning iron and forming a long knife.  Its about 3 feet long.

When the Japanese would be coming to the camp sight, the guerrillas at the top of the coconut  tree would sound the bodiong. Grandma would go hide in the jungle with the kids and  Esibello.  They would be forced to leave their father Prospero behind in the hut. Grandma would feed the babies sweet potatoes to keep them quiet.  Enriquita was a toddler so she would make Grandma mad because she would want to play and run around.

After 14 months of hiding in the jungle, Romeo, one of the twins became blotted and  got hook worms, it could  be cured by pastillas, but they were in the jungle so they couldn’t find any pastillas.  He died in the summer of 1944.

On October 22nd 1944 Leyte gulf was freed by the United States. Grandma Segunda went out of the jungle and back  to her home town.  The United States started bombing the Japanese that had now retreated into the mountains.

In two weeks a US soldier came and asked Grandma Segunda if she could be ready in 24 hours and she said yes.  She got on board  the French boat MS Gapara transport with Enriquita and Rudolfo.

Rudolfo got sick on the boat with hook worms.  He stayed in the hospital section and Grandma Segunda spent most of the time with Rudolfo.  He was so sick he was given last rites.

They arrived in Oakland California in 21 days.  They were one of the first to leave the boat.  Rudolfo was rushed to the hospital and was operated on immediately.  The hook worms were so close to his brain they had to remove  one of his eyes and replaced it with a glass eye.

My Grandma Segunda arrived on the first ship from the Philippines with the first prisoners of war and evacuees from the Pacific from World War II.  She later went on to have 11 more children, Aquilino, Jessica, Romeo, Trinity, Katherine, Dolores, Bernard. Lourdes, Francesca, Elisa and Joseph.