Secret Truth About the Hourglass Figure

Today’s story is about Norma Jean. Now, I never personally knew Norma Jean, but I do know her childhood was riddled with abandonment. Her life was like a merry-go-round. She moved from home to home, from parent to foster parent, to parent, to guardian, to orphanage, to parent, to relative, and on, and on…… 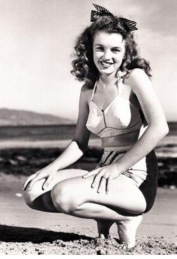 I can speculate that Norma Jeane was a pretty little girl, born with a naturally trusting soul and an open mind. She was probably a socially congenial child, complacent, with a happy disposition, not caring about wealth but most certainly fond of beauty. It seems obvious that she was likeable and a fun person to be around, because over the years there were a number of families who wanted to adopt her. But as Norma Jean’s fate would have it, her mentally unstable mother could never sign the adoption papers.

Those formative years created her foundation or, more likely, her lack of foundation. Her identity was being formed as she traveled from home to home, learning to adjust herself from caregiver to caregiver. Unfortunately, this filled her with uncertainty when it came to the feeling of love. This would influence her later years, with tragic results. Sadly, beautiful Norma Jean’s difficult childhood never allowed her to learn to fully trust her natural affinity towards love.

And this was a shame because that was her Element. Norma Jean was the FIRE ELEMENT, which is dominated by the HEART and the emotion it resonates most with is LOVE. The way this is reflected in the female body-type is the well balanced proportions in the figure 8 shape.

As Norma Jeane entered adulthood, her strong calling for beauty transformed her into the the sexy siren of love: Marilyn Monroe. A beauty symbol that exuded the element of love in the extreme. Norma Jeane created Marilyn Monroe, the ultimate sex-bomb icon.

Marilyn had the ‘to Die For’ literally ‘Hourglass Figure,’ and this is the SECRET truth about the allure of the hourglass, figure 8, body shape. This is the shape that expresses the affinity of LOVE, which is often confused and misinterpreted as an advertisement for SEX.

Norma Jeane’s FIRE ELEMENT drew her towards beauty and love. She expressed this through her self-made art of Marilyn Monroe, whose persona was perceived as a pin-up poster for LUST and SEX which was supposed to equal LOVE.

Remember, I mentioned that in Five Element Theory you can be Yin, Yang or Balanced. Well, it is not a big surprise that Marilyn Monroe was not Balanced. But if you look at her life, she had both extreme sides of the YIN and YANG FIRE ELEMENT. 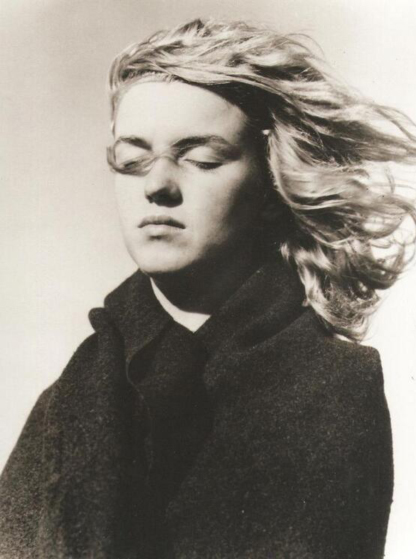 When she was Yin, she was solemn and depressed. She showed very little interest in life and would become isolated. This would be driven by the feeling of being unloved and unlovable.

When she was Yang she had a restless and excitable spirit. This shows up as the action of constantly talking, being overenthusiastic, always exaggerating, and being constantly over assertive. and socially and sexually overactive. As a Yang Fire Element she came across as arrogant, ignorant, troublesome, overconfident, lazy, irresponsible, foolish, careless and less than truthful.

And we all know how the story ends.

So how do you help the unbalanced Fire Element? The answer is simple, you have to learn how to STOP and “SMELL THE ROSES.” The key is not to get consumed by your FIRE. How do you do this, you ask? You go inward, pay attention to what is rattling you (because this is what is consuming your energy), then bring awareness to it, acknowledge it, thank it and let it go. Create and find tools to help you avoid falling into a smoking-pit of worry, frustration, fear and loneliness. And remember you MUST take TIME to “Smell the Roses.” And pink, red or both would be preferable, because this is the color of the passion for the HEART. 🙂 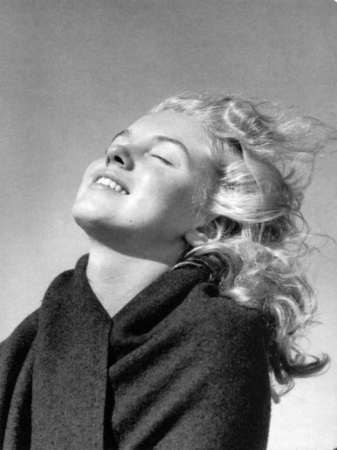 Now for the STYLES that are great for the FIRE ELEMENT: fitted and flared silhouettes, clothing that hugs the body, even roomy comfy clothes will make you look scrumptious. Because of the Fire Element’s balanced body proportions, clothing fit does not cause as much trouble. What is important is color, cut lines and the lengths of what you wear. For instance, too short your are seen as a floozy and won’t be taken seriously, too tight and form fitting you are distracting and attracting attention that can be ‘too hot to handle’. Color should bring out the life in you and not overstate or understate your natural curves. With the FIRE ELEMENT, it is a balancing act. The best advice I can give is look at yourself as a whole picture; compose your picture from the toes to the tippy-top of the head and ENJOY!

2 Responses to “Secret Truth About the Hourglass Figure”